I just watched My Neighbor Totoro for the first time. That’s ridiculous, for a number of reasons: I’ve seen, and loved, other movies by Hayao Miyazaki; this is one of a number of Totoroesque posts here, although the previous ones refer to the Totoro Forest Project.

I watched it with my kids: Maddie, who is 4 (and three quarters) and Max, who is 2. They were entranced, although Maddie was also upset. The mother of the two little girls in the movie is in hospital. Maddie’s mother was at work, in the Longwood medical center. But when you’re 4, and watching a movie in which a 4-yo gets lost on the way to the hospital where her mother is… Next time we watch Totoro, we should do so all together.

Anyway, come with me to a rainy bus stop, where two girls waiting for their father are joined by Big Totoro, see the bus that Totoro catches, and stay until the end of the clip for a little context.

By the way, even in this 6-minute scene, I notice differences between the subtitles in this version, and the soundtrack of the DVD. The DVD in question is the 2006 Disney version; there’s some debate (e.g., among the reviewers at Amazon) about the (de)merits of the different DVD editions.

Check out the stills, then the animated short from which they are taken: Suicycle. Then check out more work by Alberto Cerriteño.

Alberto posted about Suicycle at Sugar Frosted Goodness. I saw it first via Drawn!

Very few ads make me want to see and share them. A notable exception is this ad for V Water, a vitamin-enhanced bottled water. It only really turns in to an ad in the last few seconds. Johnny at Drawn! describes it as like a friendly version of Chuck Jones’s classic Duck Amuck. 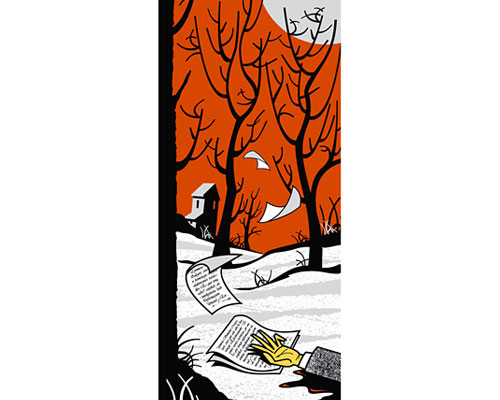 Every so often I find myself compelled to link to an artist or a work featured on Drawn! One such artist is Iker Ayestaran. Here’s a Halloween-appropriate sample of his work.

Also Halloween-appropriate is The Last Duet on Earth, an animated short by Graham Annable.